When you live in the Mitten, late frost is more the norm than the exception. We never, EVER plant annuals until after Mother’s Day, and sometimes even then I find myself covering up my blooming beauties, “just in case.” But cooler temperatures in late spring mean strong roots and beautiful blooms all summer and even into the fall. I promise you, it’s worth the wait.

We get examples of what late frost can do to fragile flowers every year. Case in point: the current state of my magnolia.

She stuck some of her petals out a wee bit early this year and now they are brown and burned from a zap of cold weather. I still have hope that she’ll put on an incredible spring show like the one in this picture from a few years ago, but the many dark, unopened buds make me doubtful. It’s important for writers to beware of “late frost” in the writing life as well. Even though it may feel like your manuscript is ready to submit, if you don’t have many revisions, some honest critiques from critique partners and even a professional conference critique or two, chances are your manuscript is in danger of catching a “late frost” from editors and agents.

It’s not that there’s some kind of hidden secret agenda in publishing- a type of literary hazing if you will- but these proven steps work. Here’s a personal example that I’m excited to share…

Last week, I received a contract for a story from Highlights Magazine! This was a dream come true for me since I’ve wanted to have something published in Highlights since I was like 8 years old. I wrote the story, “The Christmas Candles,” about 15 years ago. The first version was over 2000 words (now that’s funny:), and that was the first version I submitted to Highlights (I’m so embarrassed). Of course I received a rejection straight away. In the meantime, I joined a critique group and worked on a revision based on my group’s suggestions. I then submitted the story to their yearly fiction contest and got no response. Fast forward a few years and many, many revisions later, and I submitted the story to the fiction contest again (their contest subjects are often cyclical). And I didn’t win…again! But this time, I got a letter saying they loved the piece, and if I’d be willing to do a few revisions, they’d like to consider it for regular purchase.

I was overjoyed! Of course I had already sent them what I thought was my best work, so I knew I needed the help of a professional editor to get things just right. I hired a friend of mine that I trust and admire, and she gave me wonderful suggestions that made the story even stronger (thanks Lorri Cardwell-Casey)! About six months later, I received an email from the editor telling me they had loved the revisions but needed one more thing. Because my story was historical fiction, they asked me to find a university professor to do a quick fact check and write a short review of the piece. If I was willing to do that, then they would offer me a contract. It took a few weeks, but I found just the right person for the job and the editor loved the review. The entire process from entering the contest to signing the contract took a year and a half. But the entire process from writing the first draft to signing the contract took almost 15 years! Wow!

Through this process, I learned first hand how sending out a story too early is never a good idea. You’re more likely to get burned by a late frost than land a contract if your story isn’t ready. Would I change this journey if I could? No, not at all. I’ve learned so much and am a better writer because of it. And I can’t even describe to you the joy of delayed gratification. It makes the victory all the sweeter.

So watch out for “late frost” in your writing life. Take your time and make your stories the best they can be! It’s more than worth it!

Sensibility- Delicate new blossoms need lots of TLC to grow into mature flowers. Think of your stories in this way and take proper care of them in the early days of inspiration.

Sense- Drafting, revising, re-writing, critiquing and rewriting again may seem like a waste of time, but it’s the only way to make your story the best it can be.

“Hope deferred makes the heart sick, but a longing fulfilled is a tree of life.” Proverbs 13:12

What are some examples of “late frost” experiences in your writing life?

I am children's author, freelance writer and all-around lover of words, written, spoken or sung. I live and write in southeast Michigan with my husband, three kids, dog, cat and rabbit. View all posts by Patti Richards, Children's Author

This site uses Akismet to reduce spam. Learn how your comment data is processed.

Happy book birthday to my friend, Laura Sassi! Can't wait to read my copy that is on the way! A perfect first Bible for the little loves in your life! #kidlit #ChildrensBooks #paracletepress #laurasassi
Christian Product Expo day two! Signing books and meeting some lovely people! #kidlit #february #christianproductexpo #mrsnoah2023 #noahsarkbooks #mrsnoahwasthere #ChildrensBooks #Picturebooks
Talking about writing for children, MRS. NOAH. and what it takes to "build an ark" for your family on Faithradio at the #christianproductexpo. #kidlit #ChildrensBooks #Picturebooks #mrsnoah2023 #noahsarkbooks #mrsnoah
Getting MRS. NOAH all dressed up in her "award swag" for the CPE in Columbus, GA on Monday! #kidlit #christianproductexpo #mrsnoah2023 #storymonsters #northernlightsbookawards
Rosie demonstrates the art of the Saturday nap❤. #kidlit #january2023 #bernesemountaindog #dogsofinstagram 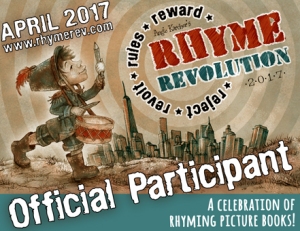